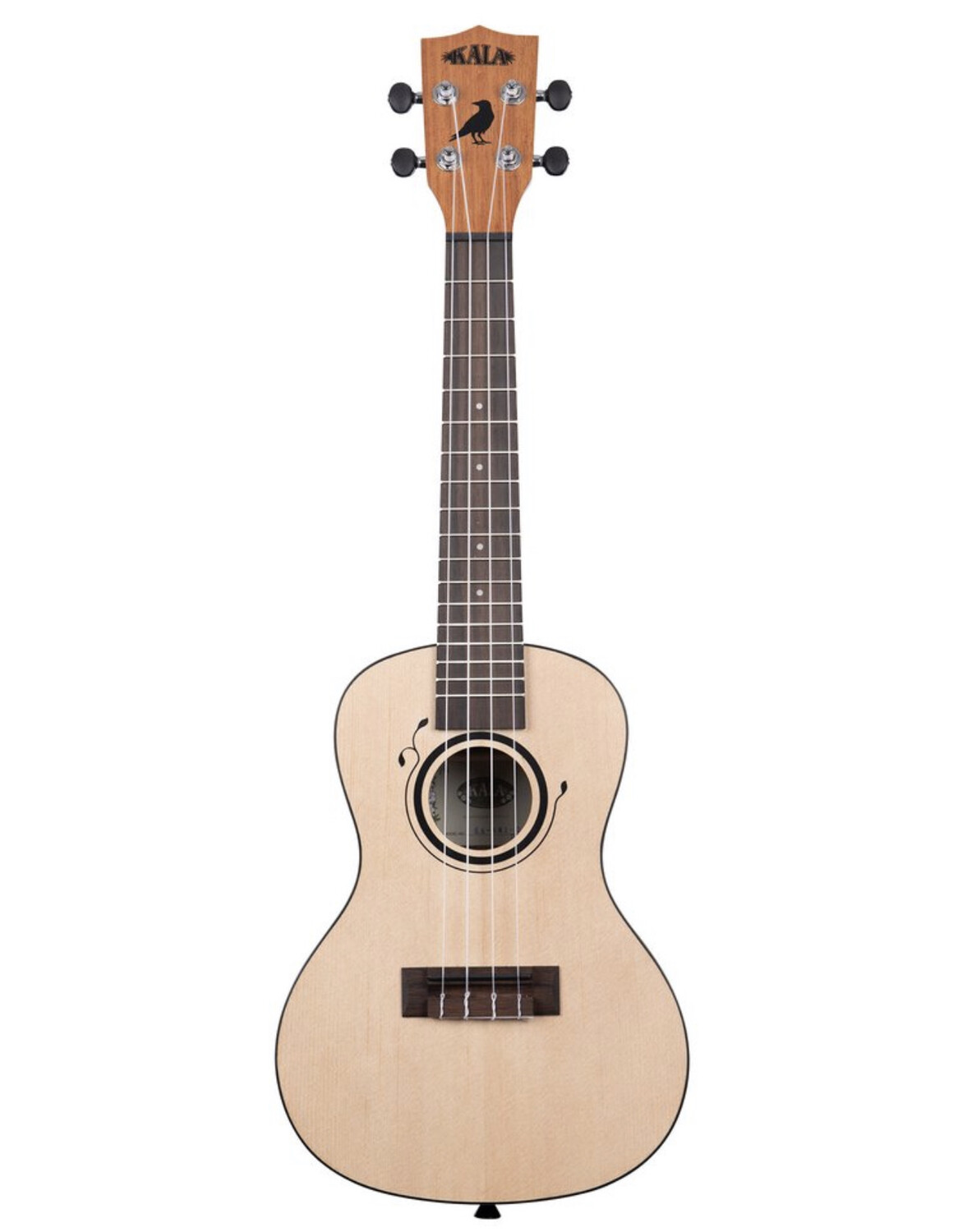 SALE PRICE: $120 ( this first run comes signed and with a custom Chord Chart from Emi as well as a few other extras! NOTE: THIS IS A PRE-order and ukes will ship in July! You will be the first to own the official EmiSunshine Uke’s  as these are fashioned after her custom.

Tennessee's rising star EmiSunshine has teamed up with Kala to create her very own signature ukulele!

Born Emilie Sunshine Hamilton and captivated from a young age by “salt of the earth” mountain music and melodies of Appalachia, EmiSunshine launched her professional career performing at churches, community outings and local festivals. After her raw performance from a Tennessee ea market went viral on YouTube in 2014, Emi began cultivating national attention with her staggeringly powerful and distinct vocal style. Deeply inuenced by country forebears such as Hank Williams, June Carter, and Dolly Parton, Emi has spent the years since touring nationally and coming into her own as a prolic songwriter and model storyteller.

The EmiSunshine bandwagon is loaded with adoring fans numbered in the millions from all over the globe. Personal musical heroes have been captivated by her commanding stage presence; Loretta Lynn, Emmylou Harris, Tim McGraw, Ricky Skaggs, Marty Stuart, Bootsy Collins, and The Grateful Dead (to name just a few) have stepped forward to sing the praises of EmiSunshine as her biggest applauders.

Best yet: she has been accompanied by the ukulele every step of the way as her instrument of choice.

Save this product for later
Display prices in: USD