It’s nearly impossible to explain the exceptional talents of EmiSunshine, the 15-year-old prodigy from East Tennessee who has captured the nation’s attention and enchanted hearts-a-many with her musical wizardry.

Born Emilie Sunshine Hamilton, the singer, songwriter and multi-instrumentalist has been surrounded by family members who possess a genuine love for “salt-of-the-earth,” mountain melodies and lyrics. Emi embraced the classic country, blues and folk music that echoed throughout her Madisonville, TN home.

Steeped in Appalachian music, Emi is a true vocal stylist. Influenced by legends (Loretta Lynn/Tanya Tucker/ TheLouvin Brothers), she is a throwback to earlier eras of country music when trendsetters like Bessie Smith, June Carter, Loretta Lynn and Hank Williams made history. The sassy, strikingly powerful, ultra entertainer is bound and determined to follow in their footsteps, and while she has some pretty big shoes to fill, this little lady fits the bill.

Emi launched her professional career performing at churches, community outings and local festivals. It’s the spectacular 2014 performance at a Tennessee flea market that skyrocketed her career to become a worldwide phenomenon when a video of her stage show went viral on YouTube. Since her breakout at just nine years old, Emi has garnered more than 14 Million YouTube views and a half million Facebook followers.

Emi’s indescribable and inexplicable talents have taken the world by surprise. The witty songwriter self-produces all of her music (live and in the studio). Emi plays a wailing guitar; she can make the mandolin cry and the ukulele sing. Her ability to combine her youthful, bubbly disposition with deep, meaningful and rather dark song content brings her imagination to life. While her music as been described as “old-timey,” she adds her own unique, contemporary blend of roots music that is equal parts Americana, Bluegrass, Gospel and Country, with a sprinkle of Blues and a whole lot of “shock factor.” Described as a “modern-day Janis Joplin,” she delivers vivid emotion with every spine-chilling, spirited yet haunting note.

The crooner now plays more than 50 dates a year backed by a group made up of those closest to her. Her father plays upright bass, her brother (John Letner) accompanies her on mandolin and “Uncle Bobby” Hill plays drums. The fearless entertainer has performed on The Today Show and The Grand Ole Opry (more than a dozen times), at The Ryman and numerous renowned festivals (CMA Fest and Merle Fest) making evident her confident musical direction.

The EmiSunshine bandwagon is loaded with adoring fans numbered in the millions from all over the globe. Personal musical heroes have been captivated by her commanding stage presence; Loretta Lynn, Emmylou Harris, Tim McGraw, Ricky Skaggs, Marty Stuart and The Grateful Dead (to name just a few) have stepped forward to sing the praises of EmiSunshine as her biggest applauders. 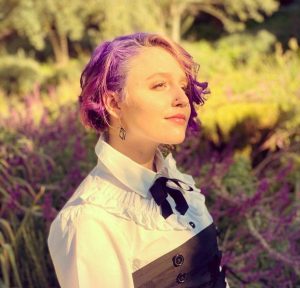 *All songs written or co-written by EmiSunshine

“I Am Able” appears in “The Ables”
(Amazon/Barnes & Noble Bestseller)

Click on the Questions below to reveal EmiSunshine’s Answers!

Tell us a little about yourself:

“I’m a songwriter and I play ukulele, mandolin and guitar. I tour with my family. I love to sing live and I’m not afraid of any stage. I draw and make jewelry, so I’m really an all-around creative type.”

How do you describe your music?

Tell us what you write about and where you get your ideas:

Why do you feel like you are a good storyteller?

“I think I’m a good storyteller because I layer it with my truth and I like to add drama to make folks listen closely and for those who do, one might hear something different than another.”

How do you know when you’ve written a good song?

How much money did you make from your first performance?

“I played the Tunes & Tales Street Performances and made $100!  Then I wrote a song called ‘Money’ (and I took my family out to dinner at the Melting Pot)!”

You’ve played the Opry several times; tell us about your first time.

“Well, I refused to use the Opry house band; I guess they liked me, because the asked me back.  I’ve played the Opry nearly 12 times and I’m ready to play it whenever I’m invited.”

What would people be surprised to know about you?

“I hated lullabies when I was an infant. I guess that explains a lot, huh?”

“Emi Sunshine is one of the most refreshing artists I’ve seen in a while, young or old. Her writing and live performance are so unique and Emi is deliberately shocking!  She keeps her audience hanging on every note and word”
Kent Wells

FAVORITE ARTISTS PLAYED AND OPENED FOR