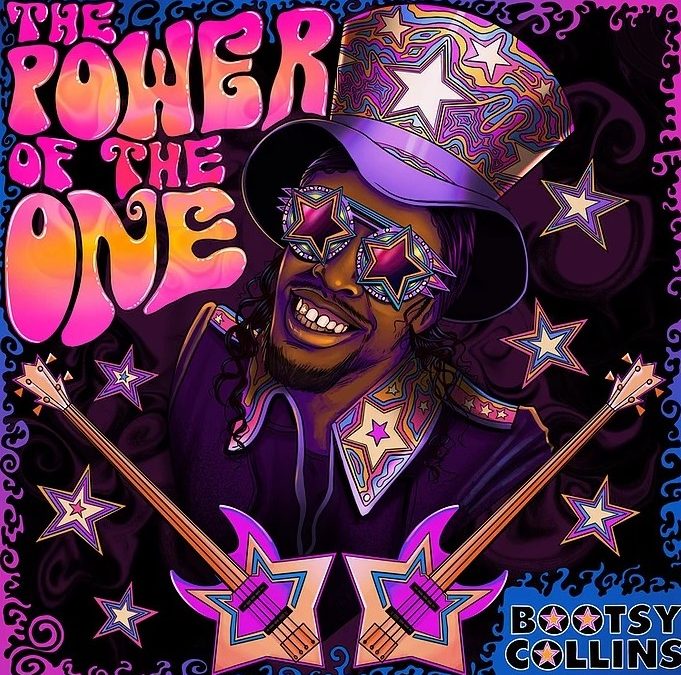 The single “Stars,” which EmiSunshine co-wrote and recorded with Bootsy Collins, has a new sound and title on the funk legend’s new album, The Power of the One.
Released in June to support MusiCares®, “Stars” was aimed at inspiring people during the Covid-19 pandemic. The original song features lead vocals by Emi, with guest
appearances by Dr. Cornel West, Uche, Olvido Ruid, Béla Fleck and more. See the “Stars” video here:

The new version of “Stars,” titled “Stargate,” has a heavier beat and lead vocals by Ellis Hall, while still featuring some of Emi’s original vocals. Guest artists on the remix
include Victor Wooten, Béla Fleck, Steve Jordan, Rod Castro, The Williams Singers and Az Yet:

“It was such an honor to be invited to work with Bootsy Collins, and so cool to hear how other artists interpreted their parts of the song,” Emi said.
“Stargate” is among 16 tracks on The Power of the One. The album’s title was inspired by a style of playing that Collins learned from the late James Brown, which emphasizes
the first beat of every measure. In addition to the artists on “Stargate,” guest performers on the album include Christian McBride, Snoop Dogg, Brandon “Taz” Niederauer,
Chrisone “Kingfish” Ingram, Branford Marsalis, Larry Graham, and Emmaline.