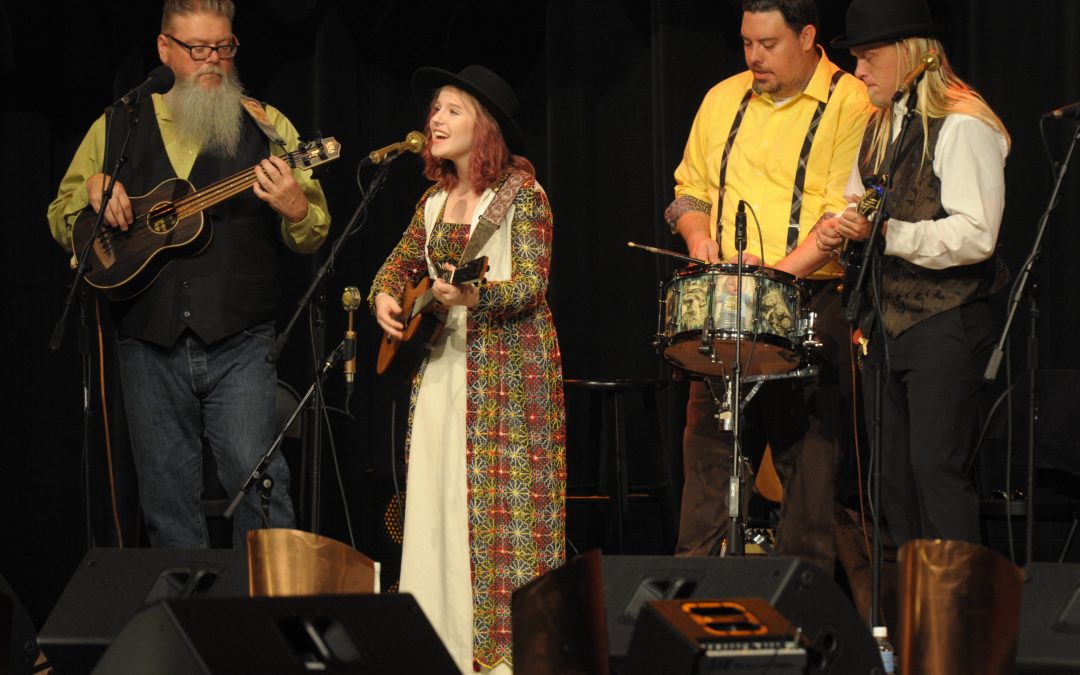 Teen country and Americana singer/songwriter EmiSunshine is set to appear on the international radio broadcast of “WoodSongs Old-Time Radio Hour, which will air at various times November 16-24.

The episode, which was an all-ukulele celebration, was taped in September at the historic Lyric Theatre in Lexington, Kentucky, with EmiSunshine and The Rain performing songs from their new album “Family Wars.” The episode also includes performances by ukulele artists Diana Chittester and Victor & Penny.

“WoodSongs Old-Time Radio Hour” reaches millions of people through 537 radio stations worldwide, including 650 WSM in Nashville (Sundays at 7:00 p.m. CST), as well as on the American Forces Radio Network, which broadcasts to every U.S. military base, Navy ship and Coast Guard vessel. Individual stations carry the program on different days and at different times. A partial list of affiliates can be found here: http://www.woodsongs.com/affiliates/.

The television version of “WoodSongs” airs on PBS affiliates throughout the U.S. and on RFD-TV. Emi’s TV episode is expected to air sometime in 2020.

“I love ‘WoodSongs’ for how it gives a platform to so many different types of musical artists,” Emi said. “The show is as much about the performers and what inspires them as it is about the music itself. I’m honored to be part of it.”

“WoodSongs Old-Time Radio Hour” was created in 2002 by acclaimed folksinger and songwriter Michael Johnathon, who continues to host the show with help from an all-volunteer crew. Previous guests have included John Oates, Jewel, Rhonda Vincent, Judy Collins, Bela Fleck, Tommy Emmanuel, Molly Tuttle, The McClain Family Band, and many more internationally known artists. “WoodSongs” is preparing to tape its historic 1000th episode on November 19, which will feature a performance by 2-time Grammy-winning cowboy singing and comedy group, Riders In The Sky.

Information is available at www.WoodSongs.com.