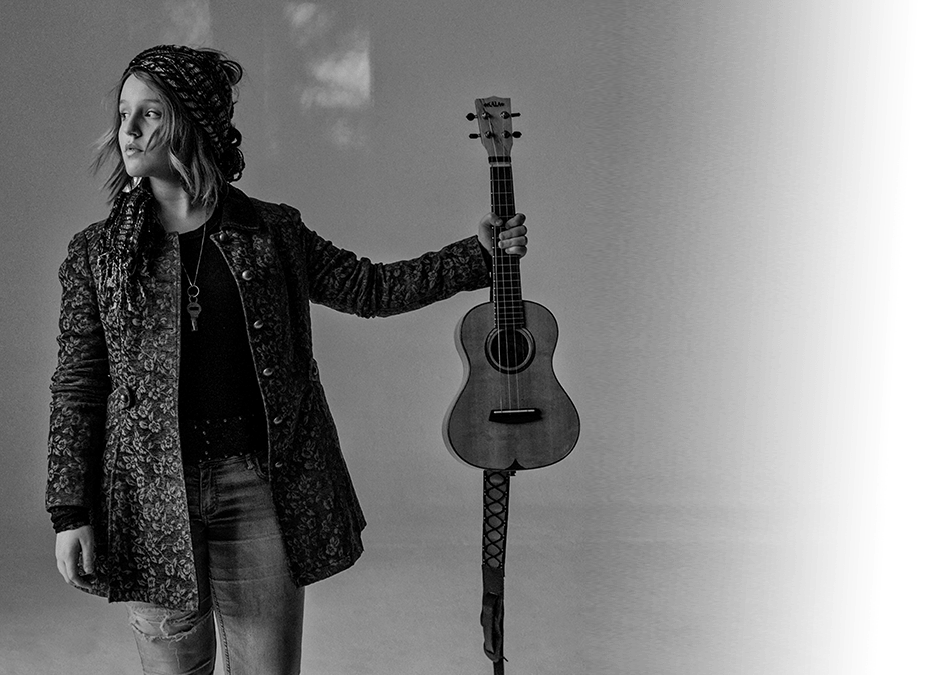 Teen country/Americana singer/songwriter EmiSunshine has been selected as the 2019 recipient of The ASCAP Foundation Desmond Child Anthem Award. The award, which recognizes promising young musical artists, will be presented at The ASCAP Foundation Honors on Wednesday, December 11 in New York City.

The event will also honor high school and college scholarship recipients and other music creators, including multi-platinum recording artist, songwriter and social justice activist Natalie Merchant, who will receive The ASCAP Foundation Champion Award, and Francisco Núñez, composer, conductor, artistic director and founder of the Young People’s Chorus of New York City (YPC), who will accept The ASCAP Foundation Life in Music Award.

The Desmond Child Anthem Award was established by Grammy award-winning songwriter and producer Desmond Child as part of his ManUp4Kids program, which provides low-income families with opportunities to attend music, theater and other cultural events in their communities.

“I’m honored to be selected for this award,” EmiSunshine said. “The arts allow us to express what we as humans have to give of ourselves that no one else can. If children are not exposed to the arts, they will miss out on what they could bring into this world by creating, writing, imagining, dreaming, dancing, painting, drawing. All artful creations begin on the inside and are only allowed out through hope. Giving the kids arts programs blooms hope for a lifetime to come.”

Emi, who is 15, started writing songs with her mother, Alisha Hamilton, at the age of five, in their East Tennessee home. The mother-daughter creative team still collaborate, with Emi now also writing with acclaimed songwriters in Nashville, including Jim Lauderdale, Vicky McGehee, Kyle Jacobs, Chelle Rose, Fish Fisher and others. In 2017, Rolling Stone named her among “10 new country artists you need to know.”

Emi co-writes most of her songs, including all tracks on her new album, “Family Wars” (Little Blackbird Records), addressing such topics as domestic violence, mass murder, dysfunctional families, political corruption, and freedom in America. Produced by four-time Grammy-winner Tony Brown, “Family Wars” has received impressive reviews. No Depression, the journal of American roots music, wrote that the album “establishes EmiSunshine as a strong creative force… someone bold and talented enough to tackle today’s issues while honoring yesterday’s folk traditions.” The British magazine Country Music People wrote that EmiSunshine “shows a new maturity on her latest album… really proves how if there’s one young artist out there who’s going to be with us for the long run, EmiSunshine is it.”

EmiSunshine as a strong creative force… someone bold and talented enough to tackle today’s issues while honoring yesterday’s folk traditions.” The British magazine Country Music People wrote that EmiSunshine “shows a new maturity on her latest album… really proves how if there’s one young artist out there who’s going to be with us for the long run, EmiSunshine is it.”

About Desmond Child
Grammy-winning and Emmy-nominated songwriter/producer Desmond Child is one of music’s most accomplished hitmakers. He is a film, television and music producer, recording artist, performer, author, and motivational speaker. His credits appear on more than 80 Billboard Top 40 singles spanning five decades, including “Livin’ On A Prayer,” “You Give Love A Bad Name,” “I Was Made For Lovin’ You,” “Dude Looks Like A Lady,” “Livin’ La Vida Loca,” “Waking Up In Vegas.” and many more. Desmond Child was inducted into the Songwriters Hall of Fame and serves on its Board of Directors as well as the Board of ASCAP. In 2018, he received ASCAP’s prestigious Founders Award celebrating 40 years as a proud member of ASCAP. He also co-founded the Latin Songwriters Hall Of Fame where he serves as Chairman Emeritus. Child has recently completed his upcoming autobiography LIVIN’ ON A PRAYER: BIG SONGS BIG LIFE with David Ritz. He also wrote and co-produced “Lady Liberty” on Barbra Streisand’s new album “WALLS.” His new album DESMOND CHILD LIVE was released on October 25, 2019, on BMG Rights.

About The ASCAP Foundation
Founded in 1975, The ASCAP Foundation is a charitable organization dedicated to supporting American music creators and encouraging their development through music education and talent development programs. Included in these are songwriting workshops, grants, scholarships, awards, recognition and community outreach programs for songwriters, composers and lyricists. The ASCAP Foundation is supported by contributions from ASCAP members and from music lovers throughout the United States. For more information, see www.ascapfoundation.org