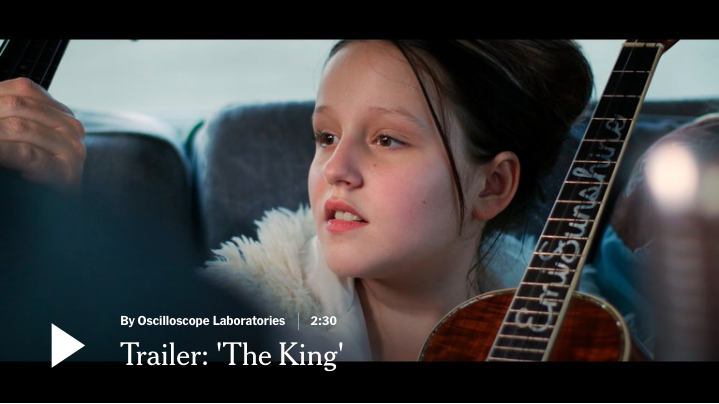 Wildly ambitious, thoroughly entertaining and embellished with some snaky moves, Eugene Jarecki’s documentary “The King” is a lot like its nominal subject, Elvis Presley. In part, it tells the familiar story of the poor little boy who became a king. But Mr. Jarecki has a second, larger and more complicated story he wants to address, too: that of the United States. Tying one man’s body to the body politic, he seeks to turn Presley’s life — from ravishing, thrilling youth to ravaging, putrefying fame — into the story of the country, an arc that takes the documentary from Graceland to Trumpland.

Don’t miss this film with guest star EmiSunshine as well as 3 of songs! In theatres now!

READ The Full article at: https://mobile.nytimes.com/2018/06/21/movies/the-king-review-elvis-presley.html