Q&A: EmiSunshine at The 8th Annual Festy Experience – The Poke Around 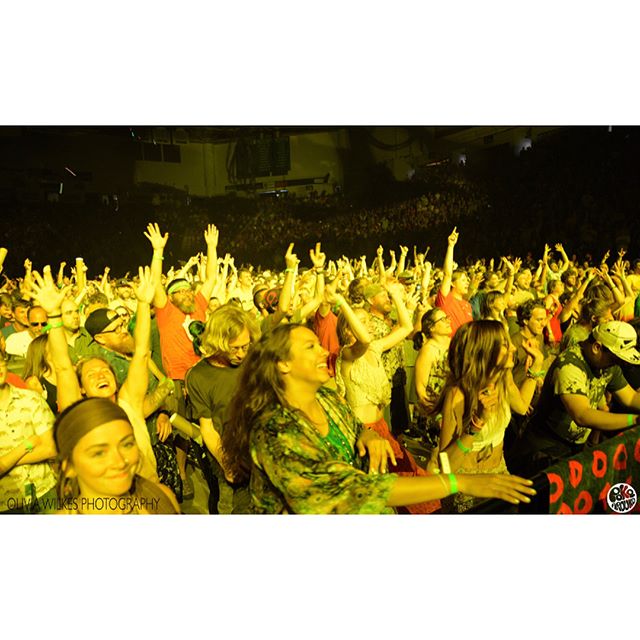 The Poke Around was lucky enough to chat with the biggest voice of the weekend, and one of country music’s brightest young stars, 13-year-old EmiSunshine. Emi has been on a constant tear over her short career, releasing seven albums in the last four years or so, while constantly touring and spreading the right messages all over the country. She was recently named one of Rolling Stone’s “10 New Country Artists You Need to Know,” and is absolutely fearless in her songwriting, tackling everything from haunting murder ballads to overlooked social issues.

You seem to speak with a lot of different voices in your songs, and often you provide a voice for those who don’t have one– people less fortunate than you, people that are struggling. What’s your inspiration there?

Those songs, they just come from pretty much everyday life. I have a fan that I used to sing to up by Market Square in Knoxville, Tennessee. One of my favorite places to play. I would play there almost every single day and I would busk downtown there. I have a fan, his name is Keith, and he was homeless and I would go out there and I would see him, and at one point I kind of realized (I was younger then), I realized ‘oh wait, he’s homeless, he doesn’t have a home anywhere near here.’ I felt really sad about that, because he couldn’t really get a job because nobody would give him a job; he couldn’t do anything to help himself. And I just felt really bad about that. One year around Christmas time I went out there and I started out giving out blankets and food and different things like that to help the homeless that way, and I did a little concert for them too. So, I want to write about the homeless and to have more compassion. Being on the Market Square I could see different things, and it taught me to be more humble and more kind.

The song about autism was actually about a good friend of mine who has autism. His name is Will, and I met him at a birthday party. He was getting picked on, and the kids were talking behind his back, and I guess the adults were looking down on him too. I felt like it was just so wrong in so many ways. I guess a few years later it kind of popped to my head about how every year, every day, kids go to school and get picked on, or go to church, they go to any place and they just get looked down on, and people are mean to them. I feel like it’s just not right. I guess I told my mom, ‘you know we need to write a song about this, we need to do something about this.’ I was kind of writing this song from the view of the child or the person’s mind, you know? Because I feel like it’s really important for people to see what they’re going through and what is going on.

On a different songwriting note, you also seem to share some of the old-school, darker themes of country music. Merle Haggard comes to mind…

Yeah! I listened to a lot of Louvin Brothers smaller and it influenced me in so many ways. I’ve always been drawn to the more dark and depressing songs. More of the songs on the radio right now they talk about really the happier things in life than the things most people really want to talk about. I want to talk about things people don’t wanna talk about. I feel like I’ve got to go through the sadness and the despair to get to the happiness.

You’ve mentioned your family a few times, how big of a roll did and do they play in your musical career?

Oh they play a big role, a very big role. My brother plays mandolin for me, my dad plays bass and my uncle plays drums. My mom travels with me, and my Auntie Kristal travels with me too, she sells merchandise, and we have a little baby who travels with us, his name is Tate. It’s just a whole family thing. It’s always been the whole family thing. My family practically quit their jobs to go on the road with me when we didn’t really have many gigs, and we didn’t really have much money to go on the road, but they did it anyway because they believed in me so much, and they still do. My Auntie Kristal quit her nursing job, my dad quit his engineering job to come work with us and my Uncle Bob did the same, and my brother quit taking care of my Papaw to come and work with me, and my mom quit her nursing job also. So they all risked everything to be here with me.

So you’re an official emcee for The Festy Experience this weekend, is that a little nerve-racking in a different way than performing?

You know, I’ve never been scared on stage before in my life before I had to emcee a stage.

It’s easy to talk about yourself. When you have to talk to other people it is nerve-racking, I have to say. The first time I did that out there, I was thinking ‘Do I have this right? Do I actually know what happens in her life? Do I know what I’m supposed to be saying about her? And then I went out there and I said what I was supposed to say and I went back and I thought ‘hey I didn’t mess up, I did good on that one!’

So I think we’re going to get better at it over time, and that was Sierra Hull. I was just thinking, ‘am I saying what’s right out here?’

You get to introduce Sam Bush later tonight, is that a big one for you?

He is very big hero to me. When I was smaller, I would listen to his music all the time and that’s another one of my big influences too, because, Sam Bush! Wow! I’m a bit scared to introduce him because that’s nerve wracking more than others because Sam Bush- he’s the king. So I’m excited to introduce him, and excited to see what I’m going to say.

Source: Q&A: EmiSunshine at The 8th Annual Festy Experience – The Poke Around