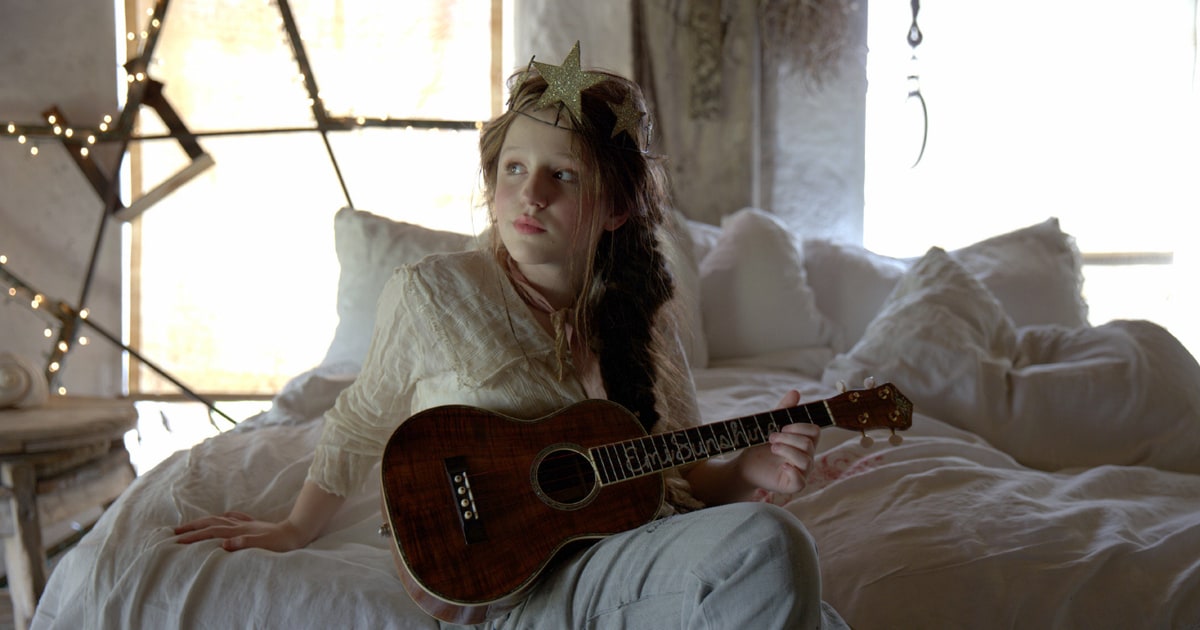 Sounds Like: The spunky, intense little sister of Iris DeMent, Natalie Maines and Nanci Griffith For Fans of: Trenchant, mountain-grown bluegrass with a smattering of chilling murder ballads Why You Should Pay Attention: Emilie Sunshine Hamilton is a mind-bogglingly talented adolescent who writes intense Appalachian folk tunes in the Carter Family tradition and sings them with wisdom and ferocity. Since she was 10 months old she’s been able to harmonize, and she wrote her first song at age five, recording two albums by the time she turned seven. With Ragged Dreams , she has – with her mother, Alisha Hamilton – written a stunning album that’s driven by acoustic instrumentation and EmiSunshine’s plaintive, powerful vocals. In “Strong Armed Robbery,” the fearless 13-year-old plays a now-deceased victim exacting fiery revenge on her killer and banishing him to hell – which she delivers as a seven-syllable word. She Says: “I write about everyday stuff that happens. I have seen and experienced tragedy. I was in Gatlinburg [Tennessee] during the wildfires; I’ve witnessed friends in need who struggle with autism, depression and bullying. I write about the things that people don’t like to talk about and bring it to the surface. And … I do like scary movies; that’s where I get a lot of my song ideas. I like the ‘shock’ factor and I like to add ‘shocking moments’ and lyrics to my music.” Hear for Yourself: For a girl barely in her teens, “Ragged Dreams” paints a stark, and indeed quite shocking, picture of heartache and loss. ” Sorrow never leaves until you set it free / It eats just like the cancer, it was the death of you and me ,” she sings. S.B.