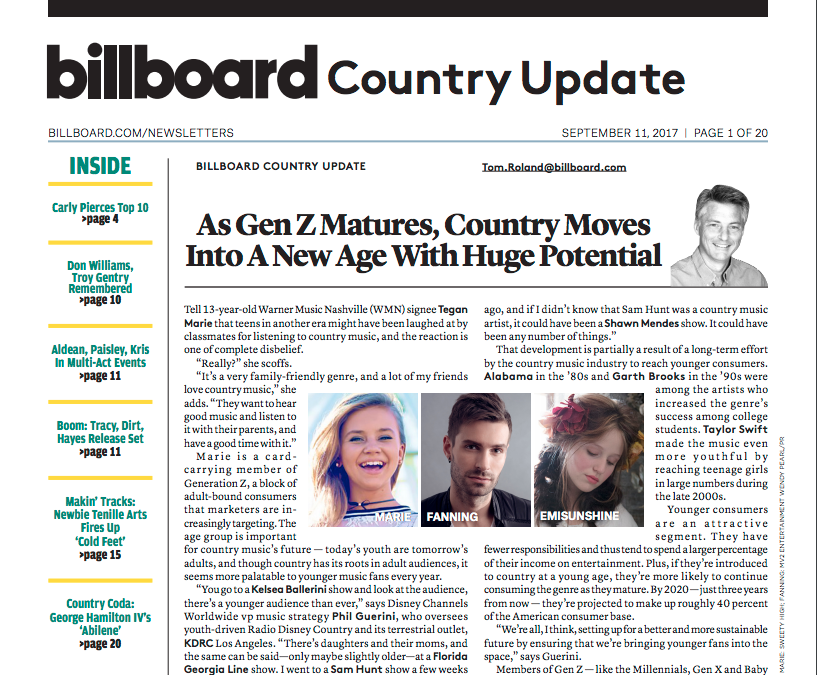 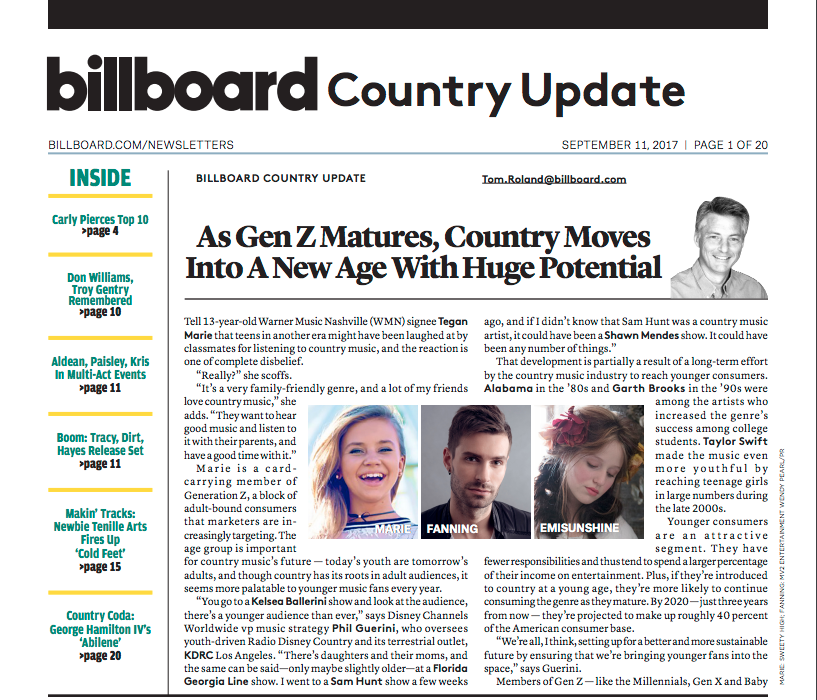 Even 13-year-old EmiSunshine, whose raw, mountain vocal style and acoustic-leaning instrumentation might seem ill-suited for marketing via binary code, has boosted her career over the past four years through the internet, racking up 460,000 Facebook followers and amassing a reported 14 million YouTube plays, including almost 3 million for a street performance of “Folsom Prison Blues.” Sunshine released an album, Ragged Dreams, on Aug. 25, stocking it with her own songs about robbery, death and even autism. “Some of it’s going to be a little bit sad and depressing, but it makes me happy in a way,” she says. “A lot of people listen to a lot more party songs and different things like that, but I feel like you need to appreciate the songs that bring out the heartache and the misery to get to the happiness.” Sunshine’s brand of country is something of a throwback. Infidelity, prison, hardship and heartbreak were the stuff of such classic songs as Merle Haggard’s “Mama Tried,” Tammy Wynette’s “Stand By Your Man” or Hank Williams’ “Your Cheatin’ Heart.”