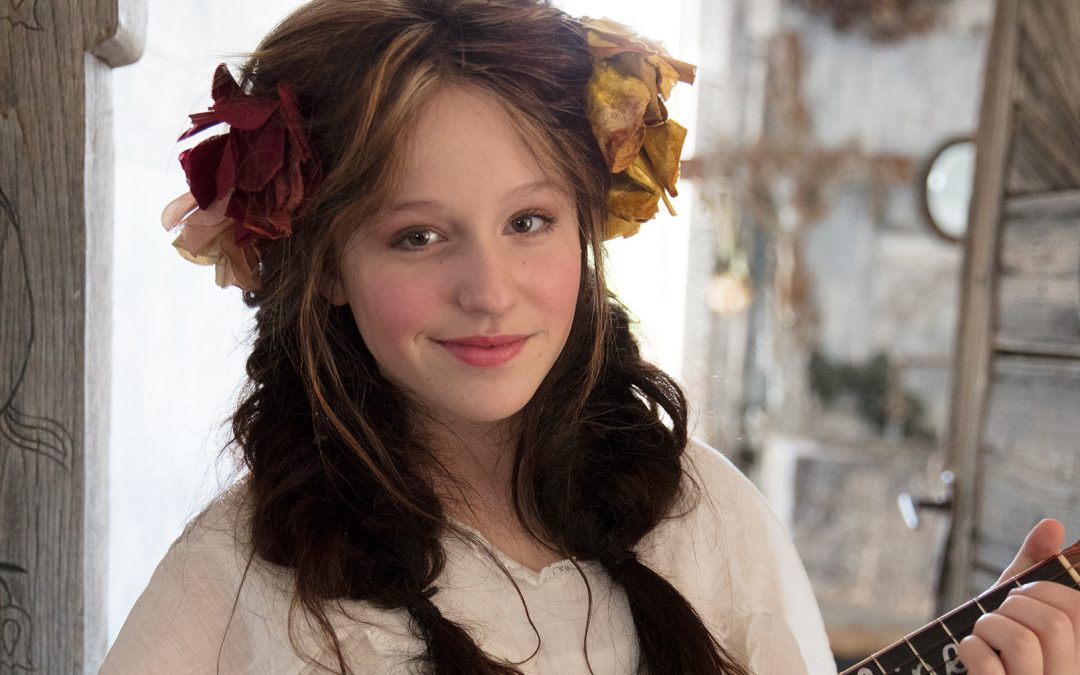 The Songcraft guys catch up with EmiSunshine to find out why she likes to write about “murder, suicide, and cheatin’;”  how her family’s narrow escape from a wildfire helped inspire one of her most heartfelt songs; what it’s like to grow up on a bus as a working musician; how she navigates modern-day friendships when she’s so fascinated by the past; why she uses her platform to stick up for the underdog; and a few of her favorite things, from Boo Berry to The Walking Dead.

EmiSunshine is a 13-year-old singer and multi-instrumentalist who first came to prominence in 2014 after a video of her performance at a flea market in her native East Tennessee went viral. Emi, who was 9 at the time, was invited to perform on The Today Show with her family band. Since then, she has released several albums, built up a catalog of over 100 original songs, and has performed on the stage of the legendary Grand Ole Opry over a dozen times.

Influenced by Americana, bluegrass, and Appalachian roots music, Emi has performed alongside personal heroes such as Loretta Lynn, Willie Nelson, Ricky Skaggs, Marty Stuart, and others. Though steeped in musical traditions of the past, Emi is bringing her music to a new generation. With over a half million Facebook followers and millions of YouTube views, she’s introducing the deepest roots of America’s music to her own generation. The Chicago Tribune wrote, “EmiSunshine is no tween novelty. Emi is a throwback to earlier eras of country music. With a sharp Appalachian streak in her voice, she’s a strikingly powerful vocalist with potent phrasing.”