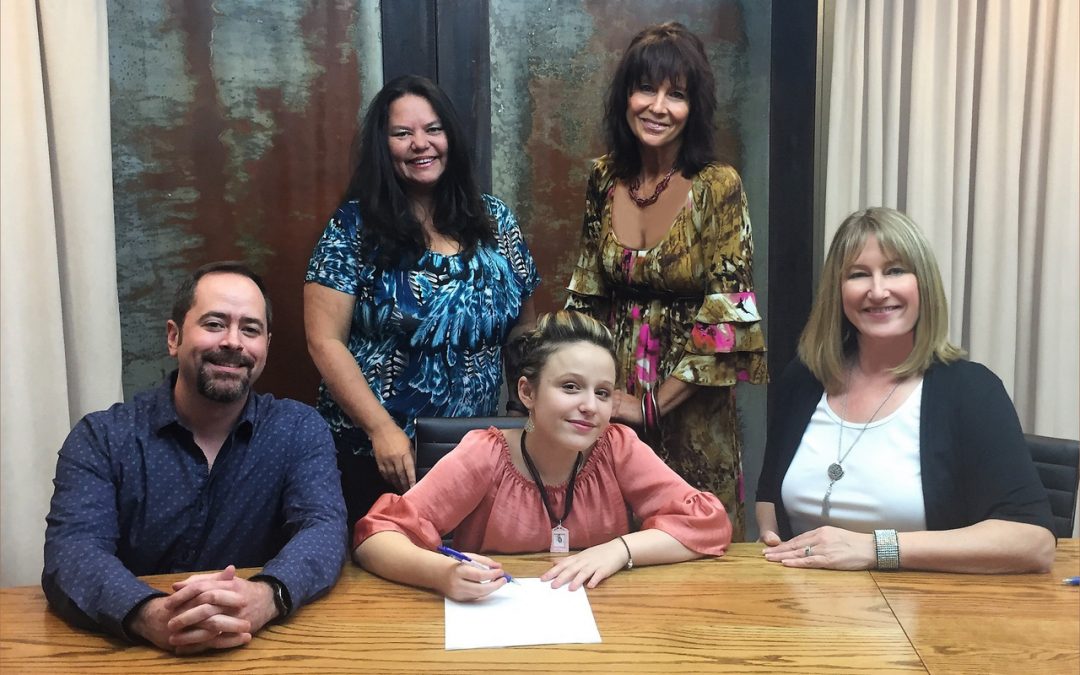 Miss EmiSunshine, the 12-year-old prodigy from East Tennessee who captured the nation’s attention as a viral phenomenon, is pleased to announce her alliance with the highly esteemed industry veteran, Steven Pritchard (Pro Tour Events) for artist management. Pritchard will oversee and assist with day-to-day artist management including A&R, booking initiatives, PR and social media campaigns.
During his 40-plus year tenure as a talent agent and manager, Pritchard has represented some of the biggest names in the music recording and live entertainment sectors including: The Judds, Ronnie Milsap, Reba McEntire, The Oak Ridge Boys, Merle Haggard, Dwight Yoakam, Clint Black, Roy Orbison and many more. Pritchard also produced and promoted some of the industry’s most successful live events including The Judd’s Farewell Tour (featuring special guest Garth Brooks); grossing more than $19 million, the event was named the No. 1 Country Tour in 1991 (Billboard).
As the first order of business, Pritchard assembled an all-star team of industry professionals to support the young stylist’s career ambitions. Music City Media and ProMO Image have jointly boarded the EmiSunshine team as national PR representatives, bringing more than 40 years of collective field experience to the impassioned group. Charlie Ray (Music City Artists) will serve as exclusive booking agent; Stephanie Orr (CountryWired Inc) will elevate Emi’s digital footprint, while Ed Gertler (Digital Delivery Services) will spearhead the global digital retail campaign.
“EmiSunshine is more than a young girl with a big voice and a unique style. She is an extremely gifted songwriter whose music reflects deep, meaningful messages well beyond her own life experiences,” said Pritchard. “She is a blossoming talent who is confident in who she is and I am confident in the talents of this group of industry professionals to see Emi achieve her dream to become a career recording artist.”
EmiSunshine became a global sensation when a video of her singing in a music store went viral; the world fell in love with the little nine-year-old gal from Knoxville, TN. The natural-born singer, songwriter and multi-instrumentalist beams with exceptional and inexplicable talents. Steeped in Appalachian music, Emi is a true vocal stylist whose music has been described as “old-timey.” She adds her own unique blend of roots music that is equal parts Americana, Bluegrass, Gospel and Country with a touch of Blues. Influenced by legendary trendsetters (Loretta Lynn, Tanya Tucker, Emmy Lou Harris, Dixie Chicks and Patty Lovelace), Emi has the uncommon ability to combine her lively, bubbly disposition with deep, meaningful and rather dark song content. Her storylines are derived by her youthful imagination, her admiration for The Louvin Brothers and her love of horror movies. The now fearless tween performer plays nearly 75 dates on stages across the country; she has performed on The Today Show, at The Ryman Auditorium and The Grand Ole Opry (on more than a dozen occasions). EmiSunshine has released seven projects to date to attract nearly a half million Facebook followers and is set to release her much-anticipated RAGGED DREAMS, featuring 14 self-penned tracks and co-writes, in late August 2017.