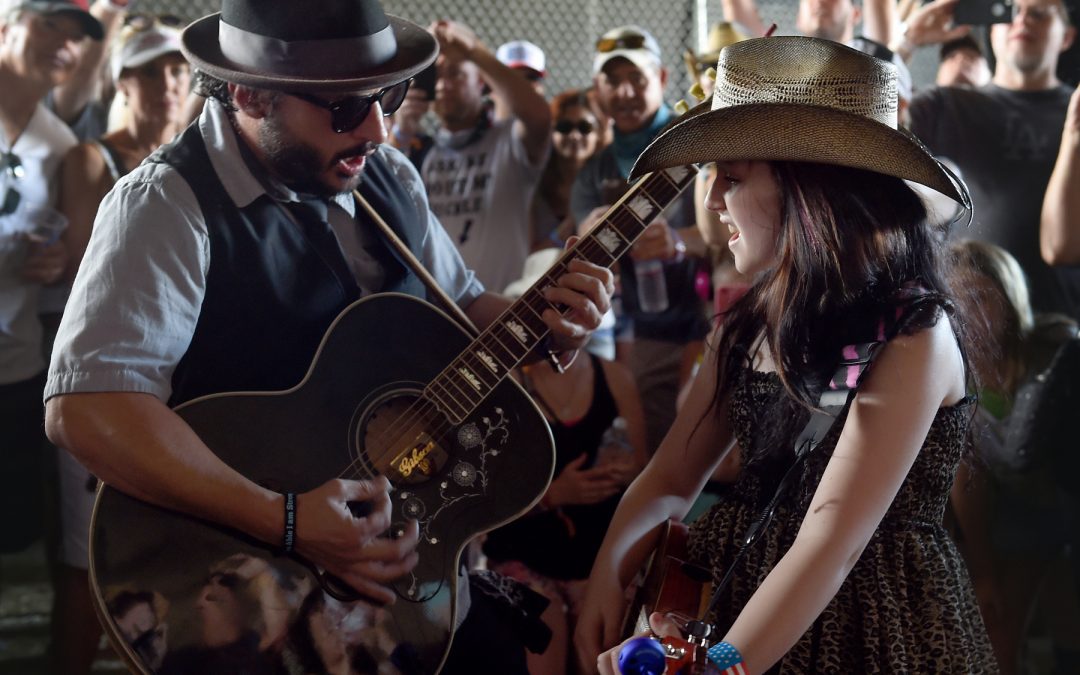 CoachellaValleyWeekly.com spotlighted the most memorable Stagecoach moments in 2016 with EmiSunshine as one of the brightest finds!

I left Shires to see the child Phenom, Emisunshine, at the neighboring stage, realizing by the comments of the vendors along the way, that the power outage did not just affect the Palomino Stage where Shires was performing.  Walking into the Mustang Stage, I found myself directly behind Emisunshine performing an acoustic set for an excited crowd pressed in all around her.  Her young yet commanding voice soared over the crowd as they hung just as tightly to every note as they did their phones and cameras, forever capturing them.  Photographers, including CV Weekly’s go to guys, Scott Pam and Chris Miller, were on the scene, expertly seizing the moment – Pam as Emisunshine’s personal photographer for the event, and Chris Miller for Goldenvoice.  As the first song ended and the grateful astonished crowed cheered, Emi’s beyond-her-years eyes (like everything else about this 11 year old girl) immediately searched and locked onto her family member with information as to whether or not to return to the stage.  Within seconds, she confidently turned back toward her audience and started into a second song, after which she returned to the stage.  She delightfully segued into the rest of her performance with, “Can y’all hear me out there?”  Songs that locked my knees were “I Am Able” – a song that could inspire the most down and out person you know, to get up off the couch and give it another go.  Then there was a song (forgive me for not knowing or being able to find the title) where she sweetly sings a story of a man who didn’t quite experience the American dream like he was promised, along with other examples of folks who were disparaged.  “But go ahead and buy your big house…” she sang at the chorus, with the gentle but deep conviction of a wise old woman sewing the truth into your heart.  She left us all convinced that maybe we could do with a little less and do a little more for others, just before closing with a bad ass version of “Me and Bobby Magee.”

Posted by Lisa Morgan on http://coachellavalleyweekly.com/cv-weekly-head-music-writers-most-memorable-stagecoach-2016-moments/